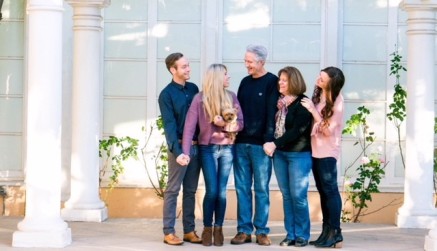 What does it look like to set relationship boundaries? This was a concept I struggled with for years as I began my journey through eating disorder recovery. I was co-dependent, struggling with perfectionism, people-pleasing and wanted to be liked by everyone around me. I had no idea what it was like to say the word “no” without fearing rejection from the people I cared about. Enter boundary setting.

So what is it exactly? Boundary setting is being able to stand up for yourself in a respectable way while kindly acknowledging others around you. It can be saying “no” to a friend when you are invited to brunch, “no” to your significant other when they ask you to do something you might not want to do, or it can mean taking a break from a heated conversation with a family member when you need to walk away for a little while. When I first heard about his concept, I thought it was a flat-out bad idea. First of all, what is your family going to think if you step away from an important conversation? Or won’t your friends stop inviting you to outings if you reject their invitation for some quality “me” time? And for the record, I was ABSOLUTELY SURE that if I told my significant other I didn’t want to do something he wanted to do, like go out with his friends or go to a sporting event that I’d stop being a desirable partner.  Have you ever thought these things too? You’re not alone.

Through my recovery process, I was challenged in my personal beliefs quite a bit… + I hated many of those moments because they pushed the envelope on who I had been for most of my life. The belief that I needed to say “yes” to others was ingrained in me because I wanted to be liked, appreciated + loved by my family, friends + peers, like forever. My treatment team ensured me that if I didn’t stop thinking this way in all aspects of my life that my self-care + my own personal happiness would never be restored… but most importantly, I would never overcome my battle with my eating disorder if I didn’t change this behavior. Gritting my teeth, crying many tears + through a hell of a lot of resistance, I started to make slow changes. At first the change looked like saying “I’m really sorry, I can’t finish this conversation right now, is that ok?” Then, I would follow that sentence with a reason or another apology due to feeling guilt + shame, but mostly fear that this person wouldn’t care about me anymore. This process continued on for about 5 years- saying no in the most cryptic, apologetic, LAME way ever + having my own feelings + happiness jeopardized. It was uncomfortable + scary to even think about missing out on things that I was certain were making me an outsider, but then one day it just started to become easier.

I stopped feeling so terrible for saying I couldn’t make it to the birthday party, for telling a parent I don’t want to talk about a sensitive subject if they bring it up, or for missing out on a fun night out with my significant other + friends because I’m too tired from school or work on a Saturday night. I was sick of missing out on what I wanted to do. I wanted to be happy. Did any of these people love me less for the situation I created? Not to my knowledge! Sometimes I receive push back if I say no- but the truth is that I need to respect my own wants + needs. When I end up saying yes to everything, I end up exhausted, depressed, unappreciated + feeling empty. The truth is- every yes you agree to, you’re saying “no” to something else.

I will add that there are times you need to say yes when you might want to say no- that’s life. There’s also the reality that you can’t become a hermit, miss out on everything you’re ever invited to + say no to everyone all of the time. Setting boundaries is about finding a respectable balance between your life, the people you care about, + the priorities you set for yourself regarding what you want to do, how you want to be treated, + how you want to FEEL. By prioritizing your own needs + voicing them, you’re able to set effective boundaries to support the important relationships in your life, including the one you have with yourself. Take a look at your own patterns + tendencies this week. Are you a perfectionist, a people-pleaser, someone who is always exhausted from running to one person’s event to the next? If so, you might need to re-align your personal boundaries with a few people in your life. It doesn’t mean you’re a bad person either- it just means that you might be a bit happier if you make a few adjustments.